Navigate thru all the sub categories of the website

Download the Town of Melita brochure to view the Town’s map. 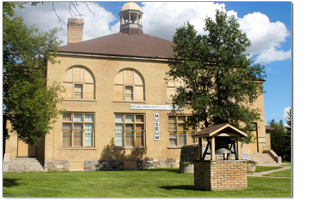 The Antler River Historical Society Museum was opened in 1972. It replaced the 1905 eight room public elementary school on the corner of Summit and Ash Streets. The museum is the result of a town effort, with many groups and individuals volunteering their time and money.

Hours of Operation (temporarily closed due to COVID-19)

Located on corner of Summit and Ash.

Fred Jensen was a trophy hunter who traveled far an wide obtaining many impressive animals. In the trophy room is an assembly of all of his trophies… from elephants ears, to lions hide, to marlins. His endeavors as a hunter have supplied us with an everlasting monuments to his accomplishments. The trophy room is a display of a vast assortment of different trophy heads and hides stuffed by Mr. Jensen’s taxidermist. On his separate excursions to Africa he obtained many animal trophies to add to his collection and has compiled quite a multitude of them. Above is a general view of the trophy room.

Melita has recently completed a Special Places Project, which documents Melita’s numerous heritage buildings. We are following that up with a Notable People Project, which will identify the people from the past who made a difference in the Melita district and document their achievements.

A replica of the original “Empress of Ireland” was made for the Town of Melita Centennial Parade by Jim Mallo and Frank Warsaba in 1984. The float, which was paid for by the Melita Chamber of Commerce, traveled for ten years over Manitoba and North Dakota, and was featured in many parades.

The following is a legend which is historically relevant to Melita as Captain Large and his paddlewheel boat traveled down the Souris River in the late 1800s. Captain Large “Empress of Ireland” navigated past Melita and area regularly.

Captain Hunt Johnston Rolston Large was born in Shellbourne, Ontario in 1876. Captain Large came west with the CPR as it came through Waskada, Coulter and Lyleton. He settled in Coulter and opened a business under the name of “South Antler Steel Works”. Large, a clever first-class steam engineer, blacksmith and master mechanic, had a big Irish heart and was liked by all. In the year 1908-1909 Captain large built and launched a paddlewheel boat known as the “Empress of Ireland”. His boat, which was originally powered by a gasoline engine, was soon upgraded to two steam engines. It was used as a passenger boat between Napinka and Scotia, ND. In July of 1910, the “Empress” was moved to Brandon and was used as an excursion boat at the Brandon Fair.

The “Empress” was tied down in the fall of 1911 and burned that winter. Captain Large was blamed for burning his boat because he was in debt to some of the people who had helped finance his dream. However, recent research does clear his name as it seems two young boys broke into the boat and were trying their first cigarettes when the fire occurred.

Captain Large salvaged what was left of his boat, paddlewheels, steam engines and hull and built a new boat. The boat named “The Assiniboine Queen” was used to haul coal but unfortunately floods and torrential rain in the spring of 1913 destroyed her. Captain Large and Art Mansoff opened a garage in Waskada until war broke out in the fall of 1914. Mansoff joined the army that year and Rolston Large went back east, where he died in 1947.

The Brockinton Archaeological Site, also known as the Brockinton Indian Site National Historic Site of Canada, is located along the valley wall of the Souris River of southwestern Manitoba. It is a stratified site that has yielded evidence of three distinct occupations: an early bison kill and butchering pound about 800 AD, a Duck Bay culture occupation about 1100-1350 AD, and the first excavated evidence of the Williams culture about 1600 AD.

Linear Mounds Site, including the Linear Mound National Historic Site of Canada, is located on the plain overlooking the Souris River in southwestern Manitoba. The site consists of two long, linear earthen mounds with rounded mounds on each end and another small round earthen mound nearby. The site has been identified as the best surviving example of the Devils Lake – Sourisford Burial Complex with linear mounds. It occurs among the densest concentration of ancient Precontact (pre-fur trade) burial mounds in Canada.

The Town of Melita is a member of the Turtle Mountain Souris Plains Heritage Association. Please visit their website for more interesting historical points in our area: http://vantagepoints.ca/

How do I speak at a Town Council Meeting?When is Garbage Pick Up?How do I sign up for Connect?How do I apply for a Building Permit?View By-Laws

In the Spring of 2018, we welcomed the Residential Curbside Recycling Program. Do you feel that it has been successful so far? 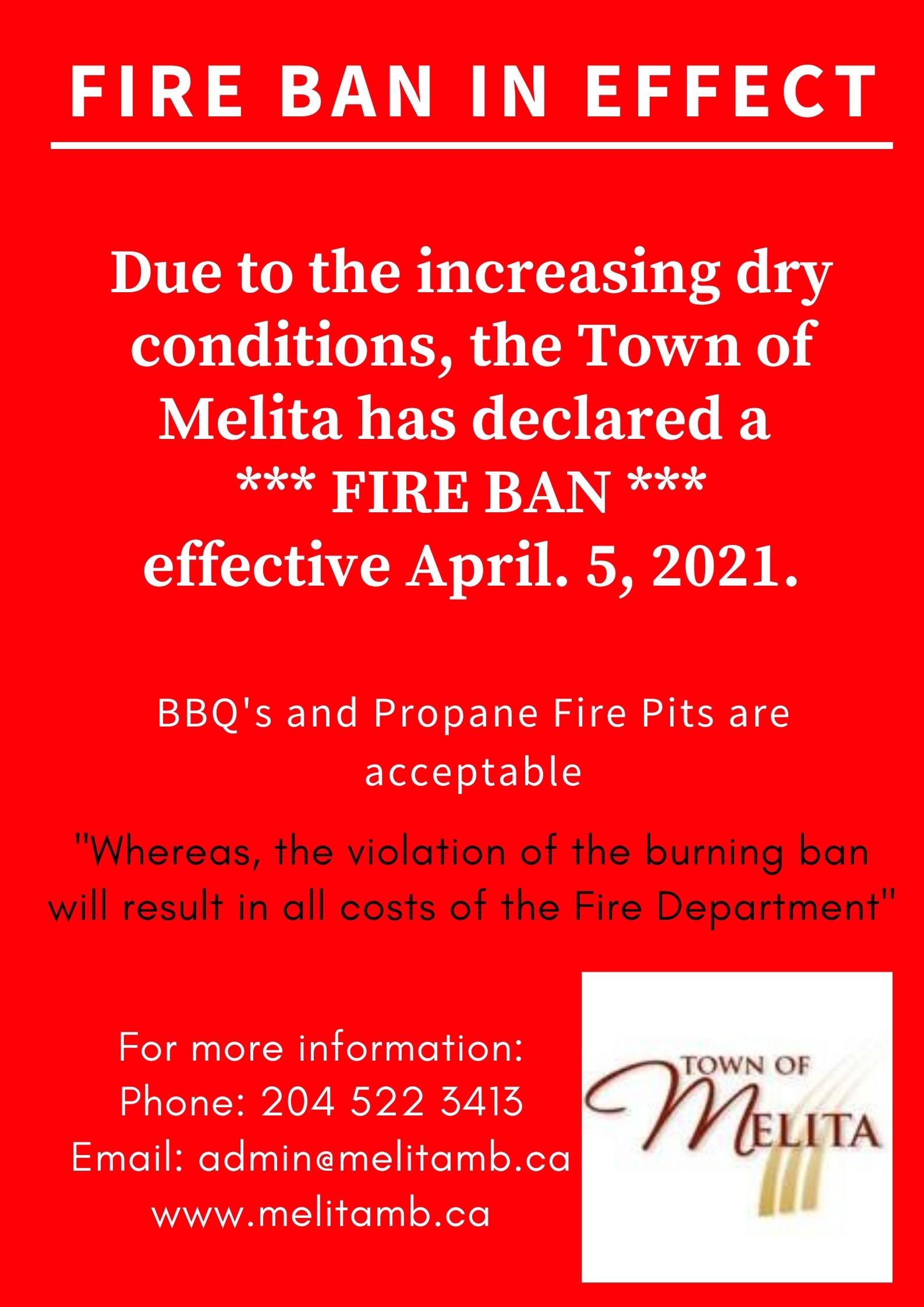